It’s always a particular location that first fills me with inspiration for my next book. Sometimes it’s a country or a landscape, but more often than not, it’s a house. And when I begin to write, I often get the uncanny feeling that the stories in my books are ‘told’ to me. This may sound far-fetched, but it’s almost as if characters and places from the past are whispering their stories in my ear, and almost always, I simply let them lead me. This ‘feeling’ was brought home to me in quite dramatic fashion with my latest book ‘The Midnight Rose’. Spanning four generations, it sweeps from the glittering palaces of the great maharajas of India to the majestic stately homes of England, and follows the extraordinary life of Anahita Chavan, from 1911 to the present day… 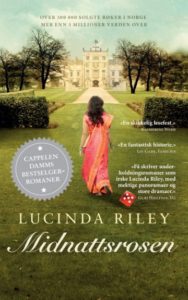 Just after I’d finished the book, my mother came to visit with a wonderful 100 year old photograph album that she’d found in the attic. It chronicles in photo form the experiences of a great-great uncle who was a British Army Officer living in India in the days of the Raj, and remarkably there are pictures of people and places that are featured in my book. Like the character Donald in ‘The Midnight Rose’, my great-great uncle, also named Donald, had blonde hair and blue eyes, was born in India, and fought in France in the First World War.

In the photograph album, one picture showed the Delhi Durbar in 1911, a huge festival celebrating the coronation of George VI, which is where my character Anahita’s story starts – and this means my ancestors were actually there.

There are  numerous photos of family members called  ‘Daisy’, ‘Violet’ and ‘Maud’ – names that I’d randomly chosen for three of the other characters in the book. Not only that, but from the photos it seemed that my ancestors physically ‘fitted’ the description of the characters I’d created.

And lastly, the family home in England is pictured in 1921 in a village called Crapstone. Which I then discovered is on the edge of Dartmoor. And is exactly where the fictional Astbury Hall is set…

Researching ‘The Midnight Rose’ had been challenging. I had read absolutely everything I could find about the locations and the real-life characters that existed in the last days of the British Raj. I also watched endless films and trawled the internet for information. At that point I began to form a picture I my mind of where the story should begin and it was then that I boarded a plane to Jaipur and Mumbai. I visited the Moon Palace and stayed at the Rambagh Palace, both locations featured in the book, before journeying up to Cooch Behar in the far north of the country.

The reality of modern India was a huge culture shock. It’s a country of such contrasts. The beauty of the landscape, with its stunning temples and palaces, yet coupled with so much deprivation for many of the human beings that live there, has had a lasting effect on me. It’s only when you’ve experienced the noise, the heat, the dust and the intense claustrophobia that you can begin to understand the chasm that still exists between rich and poor. I wanted to touch on that in the story, contrasting the vast wealth of the Maharaja and Maharani of Cooch Behar with the hardships experienced by the vast majority of the population. To find out that my relatives had lived there at a similar time, made ‘The Midnight Rose’ feel even more special to me.